Team Finland has started to prepare their entry in this year’s Bocuse d’Or competition in Lyon. Finland will appear on the plates of the jury through spruce shoots, porcini, and smoky juniper.

Bocuse d’Or is the most prestigious gastronomic competition in the world, where 24 contestants have 5 hours and 35 minutes to prepare 14 plates of a single dish and another dish served on a tray for 14 people. Both dishes must bring out the food culture and flavours of the nation behind the entry.

The challenge for the individual plates is to come up with a 100% plant-based dish. For Finland’s entry, national candidate Eero Vottonen has chosen a favourite ingredient of his own, the Jerusalem artichoke. A Finnish world of flavours is compiled using porcini and spruce shoots.

”I wanted to create a modern vegan dish that is true to my own style. The starting point for the dish is in earthy ingredients – root vegetables and grains. I complement these with flavours from Finnish nature: Finnish porcini and spruce shoots. The flavours of the vegan dish are honest, strong, and lush”, Vottonen describes his vegan entry.

Lobster with a tint of smoky juniper

The dish served on a tray features the required ingredients Bresse chicken and European lobster. The Finnish forest is also present in this competition dish in the form of spruce, pine, mushrooms, and smoky juniper. The graceful, clean-lined tray for serving the dish is designed by Harri Koskinen.

The international jury will have a taste of spruce and young pine infused Bresse chicken with black truffle and forest mushrooms; juniper smoked lobster with butter and tarragon; yellow beet with chicken skin and apple wine vinegar; onion with apple, celery, and mustard, as well as a Jerusalem artichoke tartelette with truffle, Jerusalem artichoke cream and crispy grains. The sauce accompanying the dish is made of lobster, chicken fat and lemon thyme flavoured toasted chicken stock, as well as white wine, brown butter and lemon infused chicken cream.

”The Bresse chicken and seafood honour the 30-year-old history of the Bocuse d’Or competition. I offer a modern and Finnish interpretation of the dish by smoking lobster with juniper and by complementing the chicken with strong and deep aromas. The dish is flavoured with spruce, pine, and treats from the forest, with added texture from crispy grains”, Vottonen describes.

The jury will evaluate the flavour and presentation of the dish, as well as the use of one’s own national ingredients. The meat tray will also be evaluated based on the re-interpretation of the classic dish Poulet aux écrevisses. In addition, the final evaluation takes into account kitchen skills such as technique, hygiene, and minimising waste.

Team Finland will start their competition on Tuesday 24 January at 9.20am. The vegetarian dish will be ready at 2.20pm and the meat dish at 2.55pm. The competition results will be announced on the second day of the contest, in the award ceremony held on 25 January at 7pm. The live feed of the Bocuse d’Or competition can be viewed online at www.sirha-tv.com. 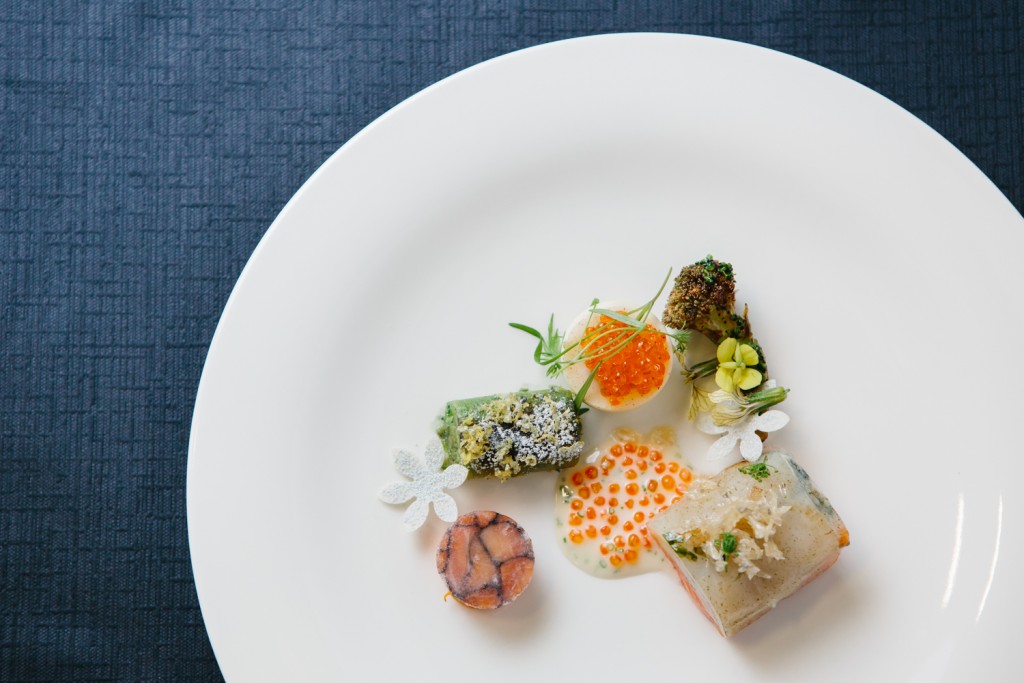 ​The Bocuse d’Or representative for Finland during the period 2016-2017 is Eero Vottonen, with 19 year- old Miikka Manninen as his assistant. Matti Jämsén is the coach for Vottonen and Manninen. The Finnish judge and President of the team is Pekka Terävä, with Sami Rekola as team leader.

Since the autumn of 2015 Vottonen works full-time in the Bocuse d’Or training kitchen at restaurant school Perho as well as undertakes private functions through his own company.​

Vottonen has strong experience of the Bocuse d’Or competition from the latest season​, when he was coaching the Finnish team. Further competition experience includes winning Chef of the Year in 2012 as well as successfully partaking twice in the Global Chef-competition. Vottonen has also functioned as competition director for Chef of the Year 2014.
​
The team’s assistant, Miikka Manninen, graduated from restaurant school Perho in 2015 and has worked both at G.W. Sundmans and Olo. Manninen is also familiar with the Bocuse d’Or competition, as he took part in 2014-2015 by assisting the Finnish team in its training, as well as with the European qualifications and final competition.

Bocuse d’Or is the most prestigious gastronomic competition in the world. The final takes place in Lyon on January 27th and 28th 2015. The competition has been arranged since 1987. Finland has taken part 11 times. In the competition of 2015 Finland achieved the best placement of all-times: 4th placement, the Best Meat Dish Award and Best  Apprentice. Team Finland  was represented by experienced chef de cuisine Matti Jämsén and commis Antti Lukkari. The team’s coach is Eero Vottonen and its jury representative Pekka Terävä.

The ELO Foundation for Promotion of Finnish Food Culture is responsible for arranging the Bocuse d’Or competition in Finland. ELO Foundation brings together food culture actors, visionaries and resources to co-operate for the good of Finnish gastronomy in Finland and internationally.